Science and applications of ultraslow waves below the diffraction limit 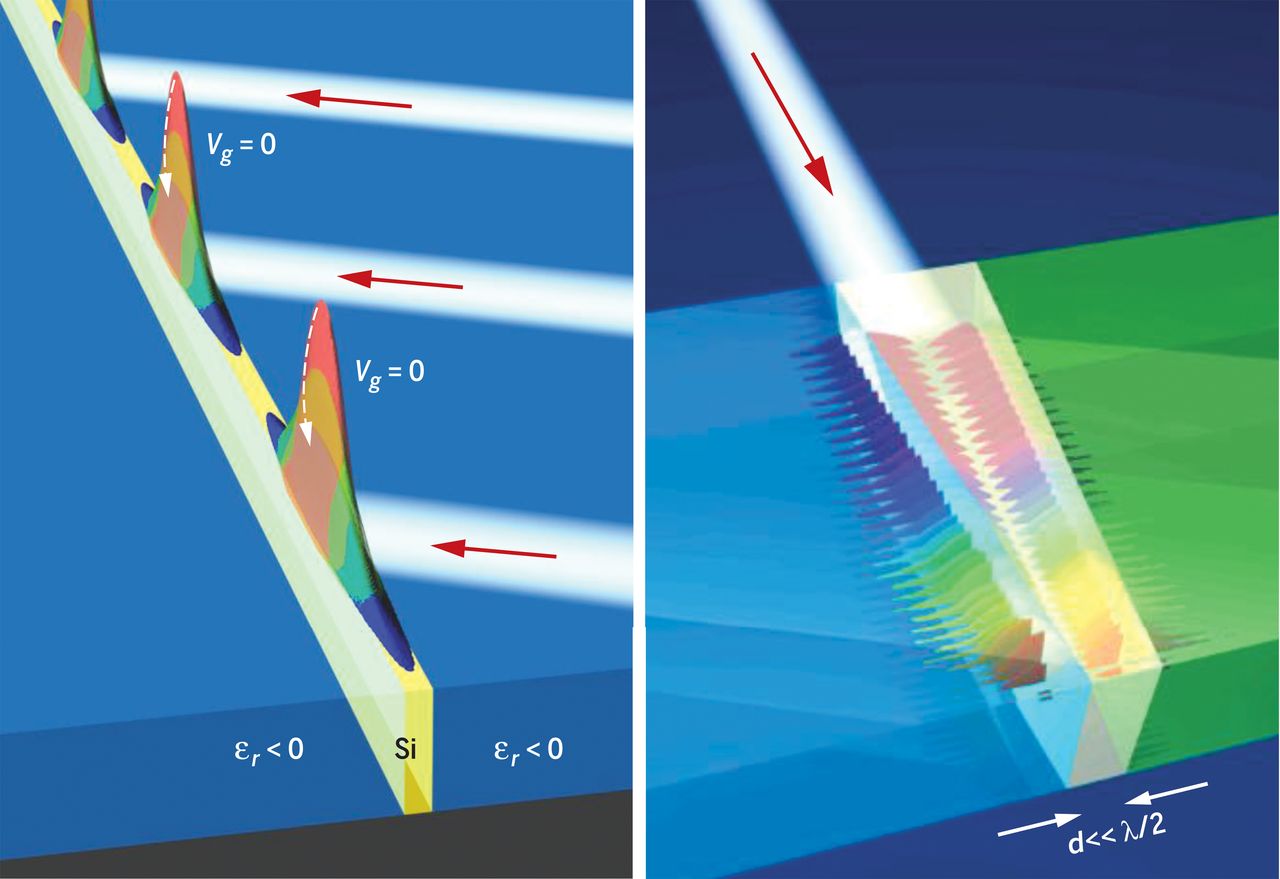 There has recently been a surge of interest in the physics and applications of broadband ultraslow waves in nanoscale structures operating below the diffraction limit1. They range from lightwaves or surface plasmons in nanoplasmonic devices to sound waves in acoustic-metamaterial waveguides, as well as fermions and phonon polaritons in graphene and van der Waals crystals and heterostructures.

In this theme, we study the underlying physics of these structures, which upend traditional wave-slowing approaches based on resonances or on periodic configurations above the diffraction limit2,3. Light can now be tightly focused on the nanoscale at intensities up to ∼1000 times larger than the output of incumbent near-field scanning optical microscopes, while exhibiting greatly boosted density of states and strong wave-matter interactions. We explore the general methodology by which broadband and, simultaneously, large wave-decelerations, well below the diffraction limit, can be obtained in the above interdisciplinary fields. We also propose and investigate a range of applications for renewable energy, biosensing, quantum optics, high-density magnetic data-storage and nanoscale chemical mapping.